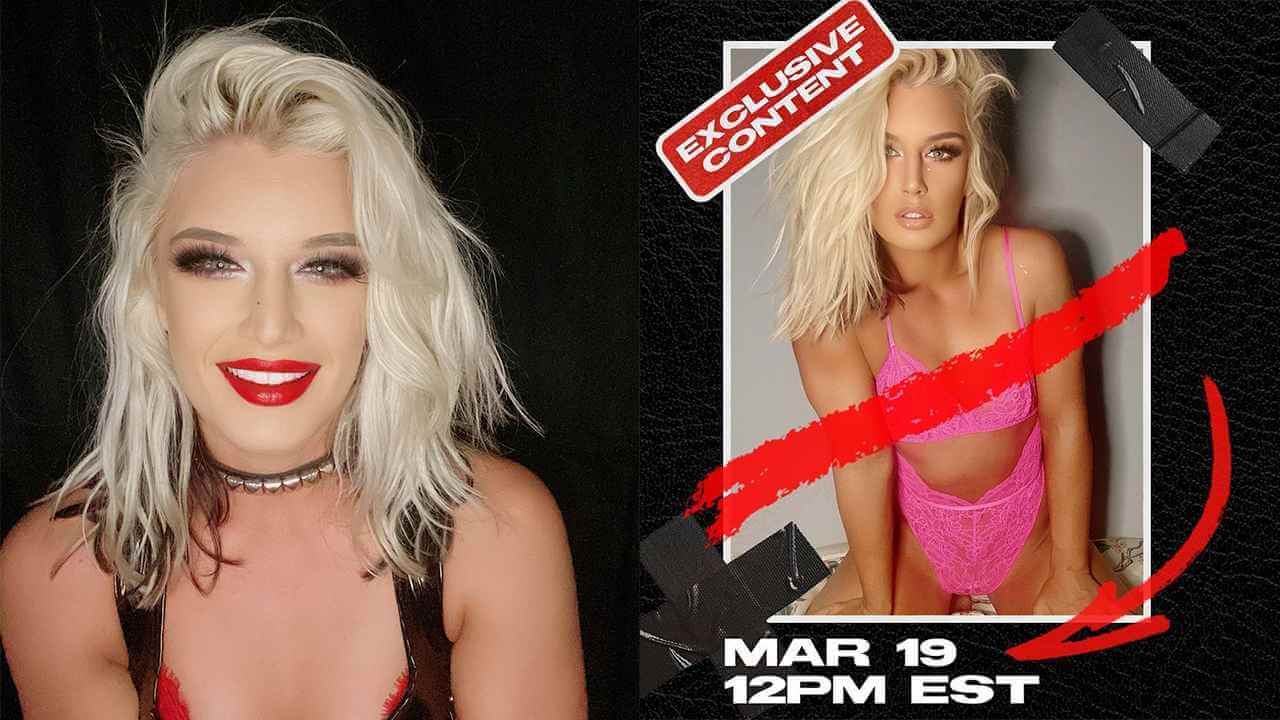 Toni Storm is switching from wrestling to OnlyFans with a new account. It will cost her legion of fans £15 a month to see her exclusive content.

Many former WWE superstars have joined the ranks of the subscription-based website OnlyFans. It has become a legitimate business for many people around the world. And Toni Storm is the latest artist to announce her intention to get on the platform, and she’ll be joining soon.

Since Toni Storm’s contract included a 90-day non-compete clause, fans were awaiting her next move. She was scheduled to become a free agent toward the end of March. Many fans were waiting to see what she would do. The day before that, Storm posted a photo on Instagram announcing she would be releasing exclusive content on a certain platform.

A profile popped up on OnlyFans not long after the photo surfaced. So it appears the former NXT UK champion will officially join the site at 12 pm ET.

Storm hasn’t revealed any details about the exclusive content she’ll share on the site, but typically it’s pretty straightforward. Currently, Storm is seen in lingerie in her photos posted to Instagram for promoting the group, although this may be because of Instagram’s guidelines.

Toni Storm’s move to OnlyFans raises the question of how it will impact her future options in pro wrestling. WWE stars are reportedly not permitted to have OnlyFans accounts. As a result, Storm is probably unlikely to return to WWE since she’s requested her departure from the company.

Will Toni Storm even return to wrestling?

Toni Storm is still unsure whether she will return to the ring. She had burned out, meaning she was tired of the work involved in WWE at the time of her departure, according to reports.

It was reported earlier this year by WWE Hall of Famer Ric Flair that Storm had requested leave from the company due to exhaustion.

Her return to WWE was a shock to the sport’s legend, but he acknowledged that the intense nature of the business left her in need of some time off.

All about Toni Storm

With the words “exclusive content coming soon” she teased her Instagram followers with her newly created account.
It remains to be seen how much her career between the ropes will influence the content she releases. According to her bio, she is a “Badass Wrestler with the Best Ass. Phat Ass Aussie”, but all will depend on how much of an impact her career will have on her future work.