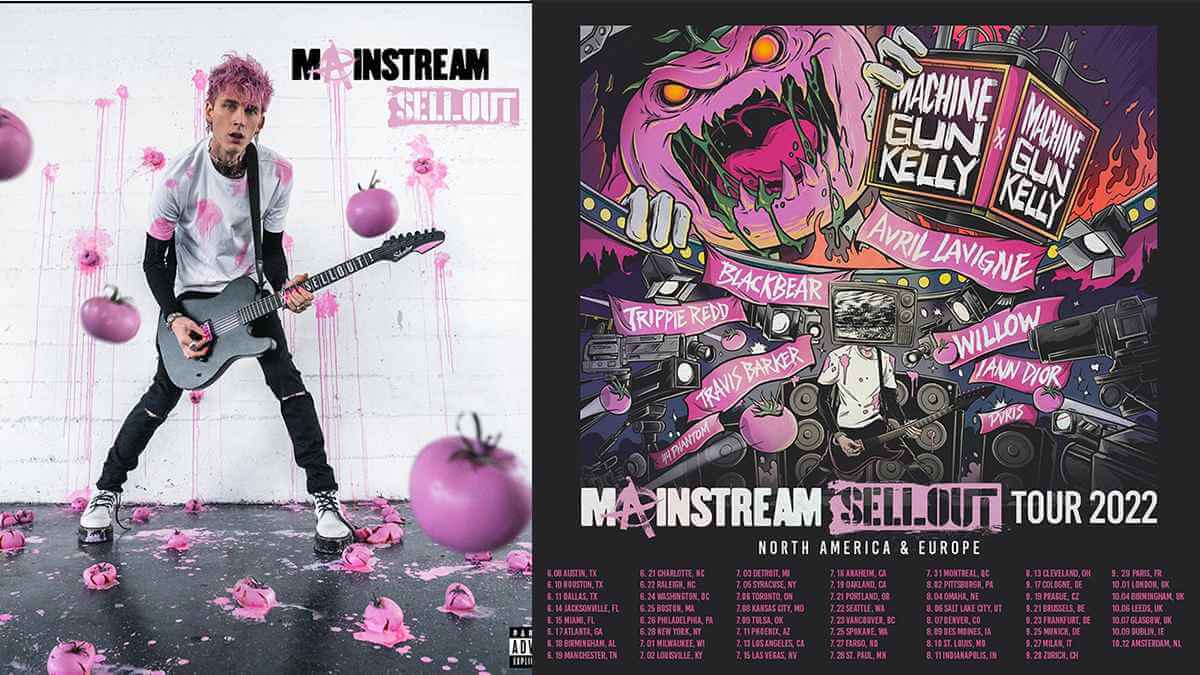 With all most every music icon to have a musical tour this year, we have got one more to join the list as Machine Gun Kelly with his Mainstream Sellout tour 2022. Well, the announcement about Kelly’s tour for this year has already been out and here we have all the updates on what you can expect from the tour.

Read ahead to know more about Machine Gun Kelly and his Mainstream Sellout Tour 2022.

The tour would begin from June 8th this year and go all the way through July, August, September and October. Also, joining Kelly this time would be Avril Lavigne, Travis Barker, Willow, PVRIS and many more. Meanwhile, we have the venues and tickets announcement for the tour available too.

Venues for the Mainstream Sellout Tour 2022

The Mainstream Sellout tour for Kelly this year will take him and his team to North America, the UK and Europe. While the tour is beginning from North America on 8th June, Austin, TX, Moody Centre. June 10th in Houston, TX, Toyota Centre. June 11th in Dallas, TX, American Airlines Centre. Likewise, the whole of June is packed with a North American Tour.

Also, July, August, September have the tour dates and finally, the tour will conclude on 12th October in Amsterdam, NL, AFAS Live. Hopefully, we have the tickets details on the tour too. Meanwhile, you can have them in the hometown of Cleveland, First Energy Stadium too.

Check out the dates for MGK’s “Mainstream Sellout” tour below.