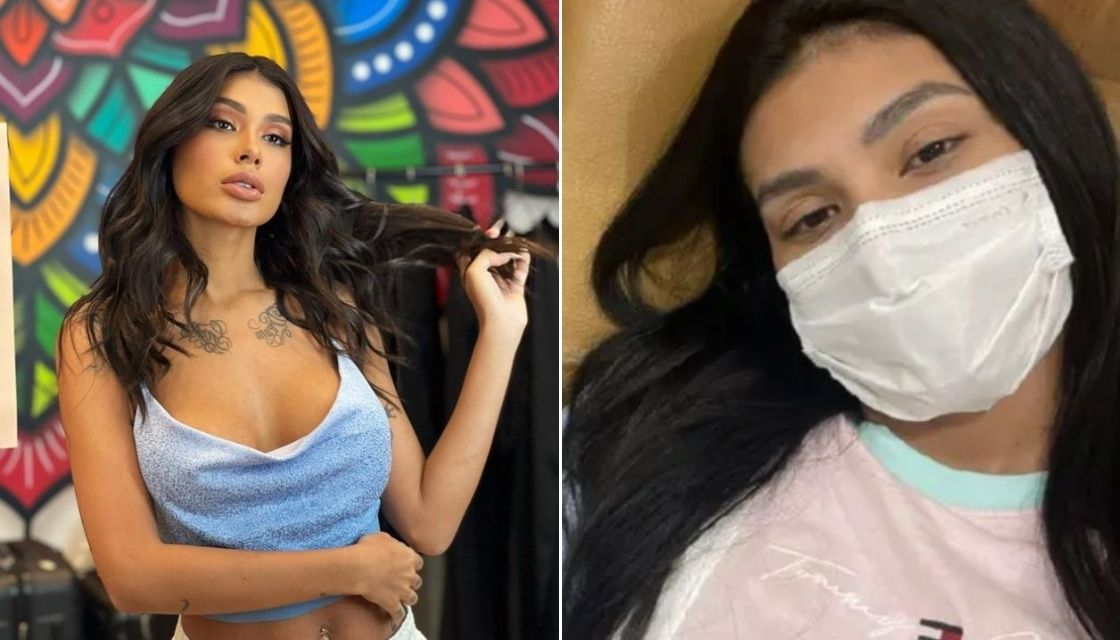 Brazilian singer, Vivian de Queiroz Pereira, popularly known as Pocah, ended up in hospital after holding her farts while she was with her boyfriend. The 27-year-old singer took to Instagram to share the news. Pocah said that she became ill after she decided to hold her fart as she was with her lover. However, it resulted in the accumulation of gas in her stomach that caused pain. Despite her ordeal, Pereira urged ladies not to be ashamed of farting in front of their boyfriends and vowed to fart whenever her body demands it.

Taking to Instagram, Pocah posted photos of herself in the hospital to her 15.7 million followers. The singer-songwriter said that she woke up at 5:30 AM with severe stomach pains and ended up in hospital. Pocah assured her fans that she is now ok. She added that it was just an accumulation of trapped farts and she is fine now. After sharing her gas problem with her followers, the singer advised her female fans not to be ashamed to fart in front of their partners because what is embarrassing is not letting your boyfriend sleep since you are in discomfort.

The 27-year-old singer further said that farting is less embarrassing than going to the hospital with your guy and knowing the diagnosis being ‘trapped farts’. She said, “From now on, I’m letting them rip, guys.” Pocah further talked about how she saw a TikTok thread where the user had suggested that she ignored the stomach pains as she seemed to do the same too.

Brazilian singer said that because of ignorance, she underwent several tests before being told about the real problem. As Pocah shared the news on Instagram, she has been going viral online and has been sweeping a lot of attention from the netizens. In response to the matter, Dr. Karan Raj says that on average, people fart 14 times a day and if a person says that they do not fart, they are lying. The doctor added that not letting a fart out can have gross consequences.

Talking out Pocah, she was born in the municipality of Queimados in the Brazilian state of Rio de Janeiro. As per reports, she is of Portuguese, African, and Native Brazilian descent. With the song ‘Mulher do Poder’, Pocah launched her career in 2012 as MC Pocahontas. In 2019, she changed her name to Pocah. Follow for more updates and the latest news.