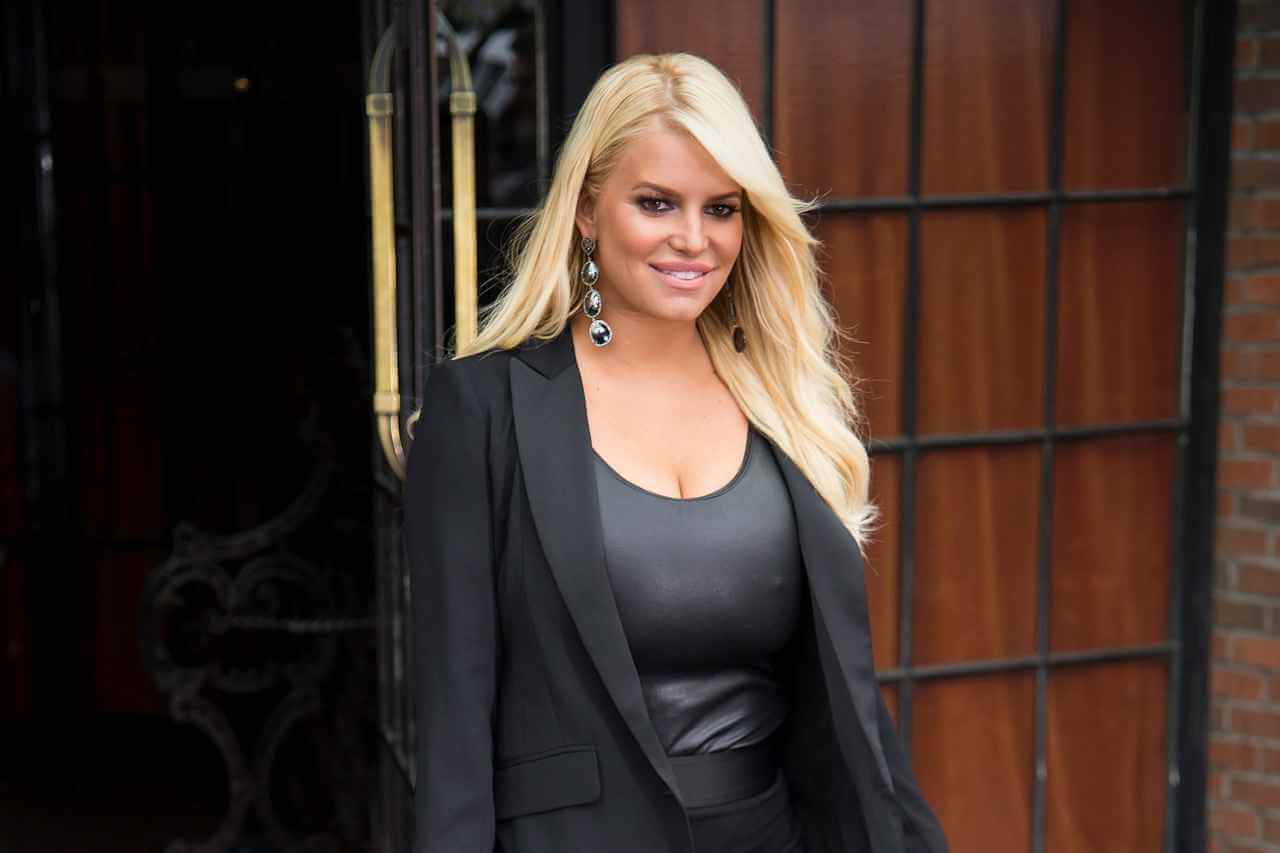 A recent Instagram post by Jessica Simpson that contemplated creating a new fashion trend has sparked concern among fans. Despite her simple caption on her hat, the fans confronted the 41-year-old with concern. One fan asked if e was okay while others commented on her ‘super thin’ appearance.

Jessica Simpson’s fans are concerned after she released a selfie that showed her very thin and much different than before. In an earlier interview, the singer explained her journey to sobriety and her struggles with alcohol. In a mirror selfie post, Jessica, 41, posted: “Tried something new with my favorite bandana and my son’s Boston hat… trend-worthy? Maybe.” Now, her health is in the spotlight after posting a mirror selfie to Instagram.

Her outfit was comprised of a long-sleeved black blouse, loose black slacks, black pumps, and a matching handbag. In a matching hat, her platinum blonde hair was worn loosely curled, and her eyes were hidden behind a pair of oversized frames. Jessica’s slim physique, on the other hand, drew the attention of fans, who rushed to comment sections to express their amazement at her apparent weight loss.

Since beginning her recovery journey in 2017, Jessica has diligently worked on the fitness portion of her health makeover. The model initially flaunted her weight loss in Daisy Dukes denim shorts for a fashion campaign in late 2019, only months after giving birth to her daughter Birdie. After working out with celebrity trainer Harley Pasternak, she followed a meal plan and walked 14,000 steps per day, and has since maintained the weight loss at the gym.

During November of last year, Jessica Simpson talked openly about her recovery struggles. This led to her turnaround. When discussing her intention to stop drinking, she released an unusual snapshot of herself. Several years ago, she uploaded a photo of herself without makeup in a dark room, looking unhappy and stressed. According to the caption, “this is an unrecognizable version of myself on November 1, 2017.”