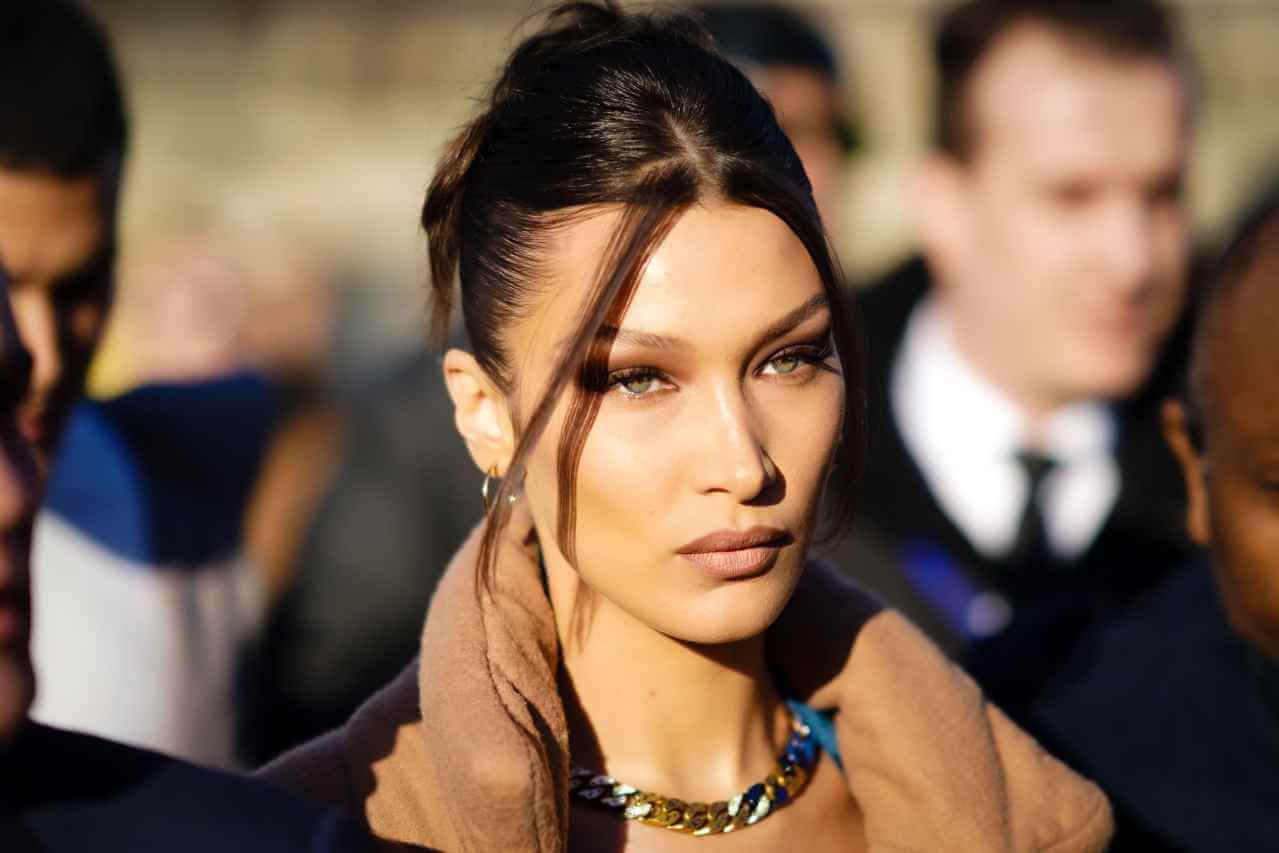 According to Vogue, Bella Hadid opened up about cosmetic surgery on her April cover. The supermodel has denied having cosmetic work done in the past, but she now says she had a nose job when she was 14.

Despite her regrets about the surgery, Bella admits it was worth it at the time. Considering that her father is Palestinian, Bella wishes she had kept her ancestors’ nose. “I think I could have grown into it.”

She even noted that she had never used anything else but face tape.

Face Tape: What Is It?

Adhesives that stick to each side of the face are used to tape the face to tighten the skin.

According to Dani Kimiko, founder of KIMIKO and celebrity makeup artist: “It’s like you have a high, tight ponytail that pulls your hair back and up.”

Face tape comes in two types. In the first type, there is an elastic band connected with it, and in the second type, there is an individual adhesive, which is not connected to the band. Monolid or hooded eyes are best suited for creating an eye fold with this technique.

Social media users have gone crazy over this beauty hack of late, with many of them displaying the results on their profiles.

Vogue reported that Bella put an end to all rumors that she had been through several facial surgeries at the age of 14.

She also spoke about her struggles as a teenager, saying she felt like an ugly sister while growing up to her older sister and fellow supermodel Gigi Hadid. She said: “I was always the brunette”. “I wasn’t as cool as Gigi, I wasn’t as outgoing,” said Bella. “People always said that about me.”

There has been speculation that Bella’s plastic surgery went beyond a nose job. Bella clarifies it is not true. She said that people think she messed with her own face because of a picture of her as a teenager, where she looked puffy. “I think you look significantly different now than you did at 13, don’t you?”

“Whoever thinks I have my eyes lifted or whatever it is-it’s face tape!” she concluded. “The oldest trick ever.”

More than ever before, Bella has made mental health issues a topic of conversation. When the model noticed signs of trouble beginning in January 2021, she said that she sought help right away.

Her life was completely transformed by the right treatment, therapy, and Wellbutrin included in her routine.