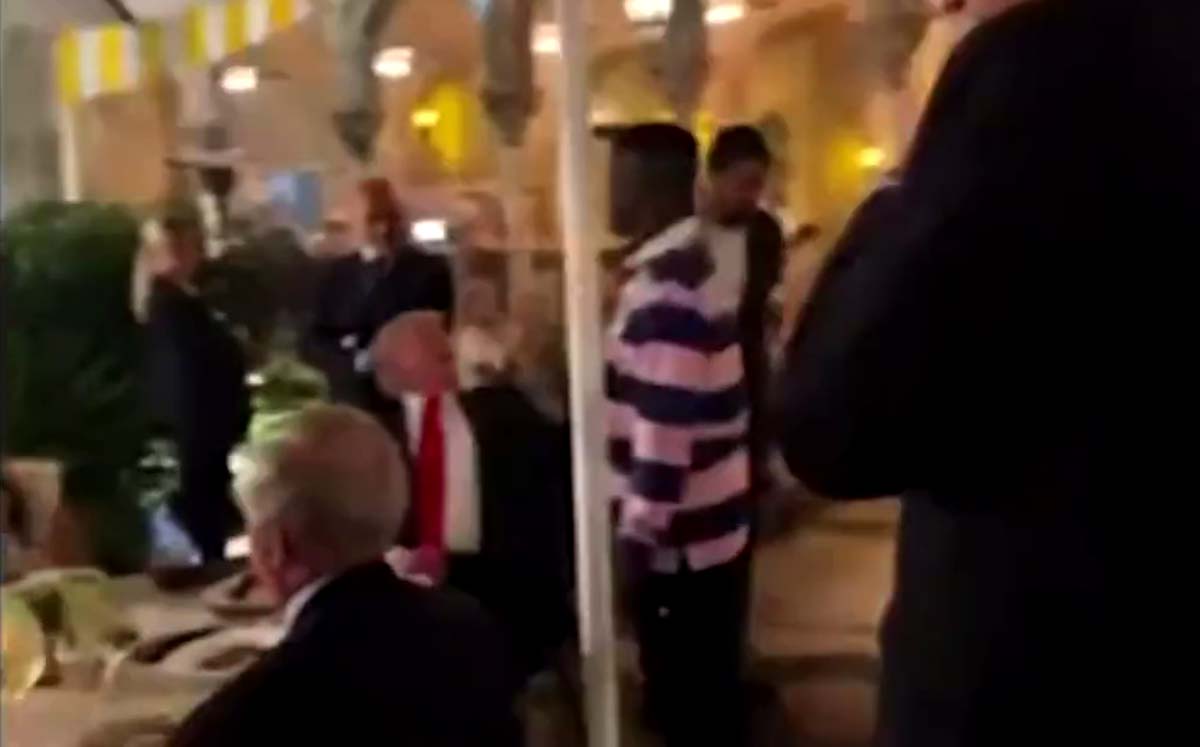 Through the clip’s difficult audio due to music and background noise, Trump appears to ask Black, “How are you?” as the rapper approaches him. Donald Trump receives a fist bump from Black, who speaks a few more words with him.

In January of 2021, before leaving office as president, Trump pardoned Kodak Black for his ongoing prison sentence.

On the evening of Thursday, March 17, 2022, Kodak met Trump at his Mar-a-Lago club in Palm Beach, Florida. Videos from their meeting have surfaced online.

Ray J introduced Black to the former President. As the rest of the dinner party joins in on the conversation, the two are seen fist-bumping and chatting.

After the rapper remade and flipped Ray’s song “One Wish,” we’ve heard that Ray and Black are spending time together.

He was sentenced to 46 months in prison in 2019 for making false statements to buy firearms. Born Bill Kahan Kapri, the 24-year-old rapper has been known for his tracks like “Tunnel Vision.”

At the dinner party, the NYPD commissioner addresses the guests with Kodak by his side. “I support his clemency,” he says before going on to add, “When a cop is killed on duty, this kid keeps his money for his family.”

Upon watching the video, one fan jokingly referred to Kodak as looking like a Haitian uncle.

According to another fan, “Trump got ASAP Rocky, Lil Wayne, and Kodak Black, out of jail.”. They seem to be doing quite well now.”