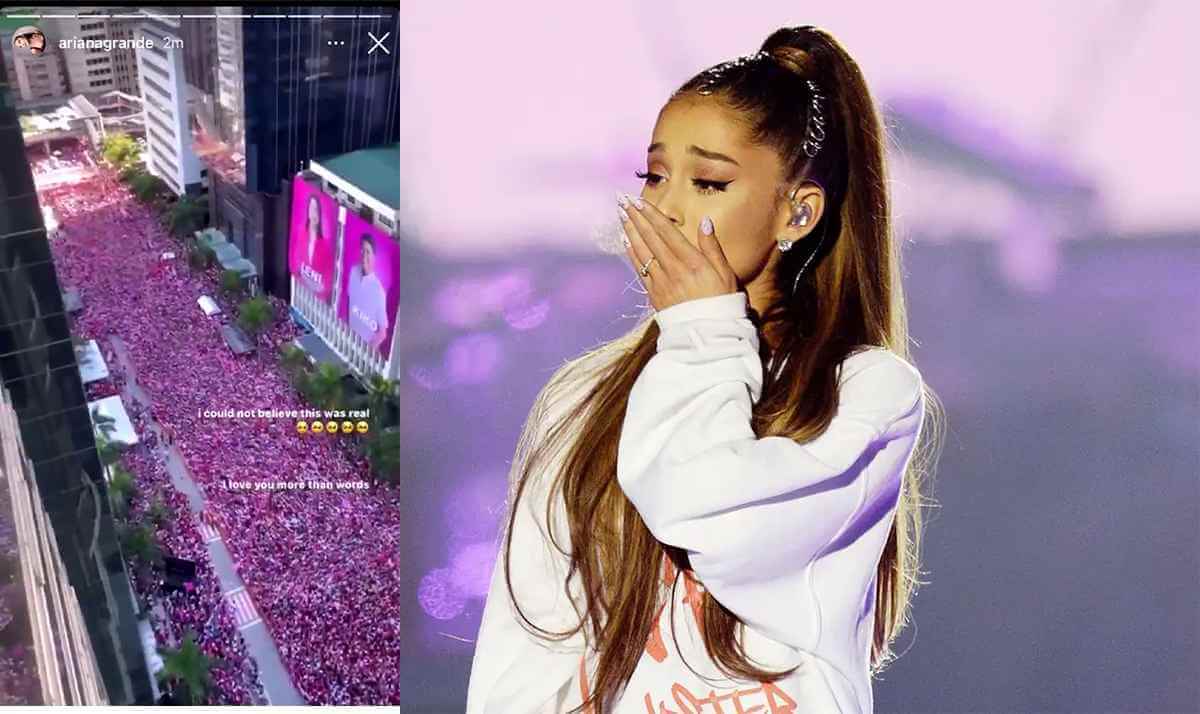 What amazed and shocked Ariana Grande this time was the Leni Kiko rally that had “Break Free” song of Grande being played in the rally of politician Leni Robredo. Well, for all those who are not aware about Leni Kiko rally, it’s a Leni Robredo’s rally that came out days before the elections are about to happen. But what caught Ariana Grande’s attention about the rally?

Who is Leni Robredo? ong>

However, what turned out to be different at the rally that Leni was joined by thousands of supporters in purple color outfits to show support for her. Certainly it got attention of all on social media when a song was played by her supporters.

It was at the Emerald Avenue, Pasig City that thousands of supporters of Leni Robredo came in and sang songs to show their support for her. But, the song that grabbed most of the attention was none other but the Ariana Grande song “Break Free”.

A video of the crowd at the Leni Kiko rally was shared on social media and it started going viral on internet. Meanwhile, as the video has thousands of supporters singing Break Free song all in purple color, the video has even reached Grande and her reaction is adorable.

As the video of Leni Kiko rally went viral it certainly reached Grande too. While Grande has given wonderful reaction on the video. Her Break Free song played by Robredo supporters made her react by saying “I couldn’t believe this was real. I love you more than the world”.

It was obvious that Grande was more than happy with the video that had her song in it. Moreover, the Break Free song by Grande is actually a song that has a feeling of letting oneself be easy with own self and enjoying the life no matter what.