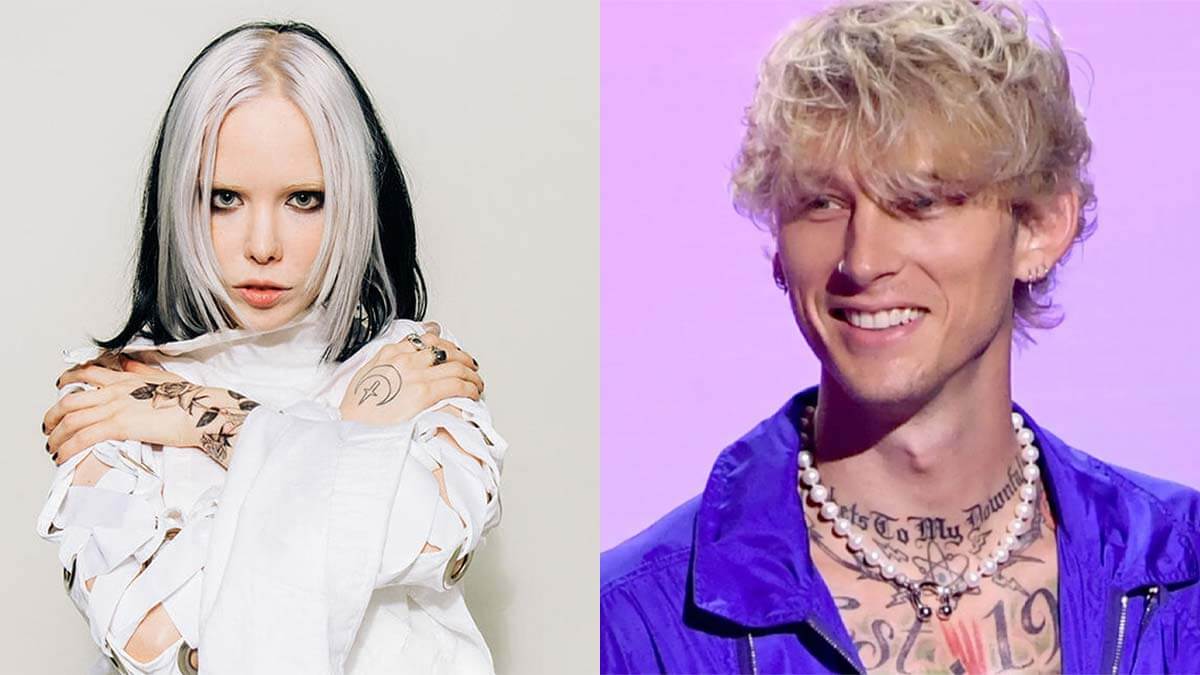 Machine Gun Kelly has also been accused of “fetishizing” black women in the video. She has asked him to apologize and show respect. The video shows MGK giving a red carpet interview and saying, “Black women give the best heads,” then calling an off-camera black woman a “dirty dick bitch!”. Glass gave a trigger warning before sharing the video.

She explained that it wasn’t just one artist who was subjected to this behavior. But many others who were still given power and opportunities. She said the industry must change because it is “willfully perpetuating sexism, racism, and abuse”.

why, as a white man, would you ever talk like this? fetishizing black women and in such a disrespectful way!?
show respect for Black Women who’s culture you are appropriating.
apologize for this @machinegunkelly
this was beyond disgusting

Alice Glass slammed Machine Gun Kelly for making offensive remarks about black women during a past interview. Kelly landed in hot water as a result. The former shared a clip of Kelly saying inappropriate things about African-American women on the red carpet of the 2012 BET Awards.

In the video, the Bad Things singer refers to another black female standing behind the interviewer by using certain inappropriate words, such as “B***h you walk away, you dirty pig b***h, ugh, with her fake Louis Vuitton purse.”

While the controversy rages, Kelly has remained silent and, at the time of writing, has not responded to it.

Following the release of Machine Gun Kelly’s new album Mainstream Sellout and the announcement of a 52-date tour to promote it, he drew attention to the latest drama.

these are the same arguments I heard as a young teenager. arguments that were used to exploit me. this is very personal to me

Who is Alice Glass?

The singer and songwriter Alice Glass is also known as Margaret Osborn, was the co-founder and former frontwoman of Crystal Castles. Her family was Catholic, and she was raised in a Toronto home on August 23, 1988.

When she was 15, Vicki Vale, the musician, left home and moved into a squat community. She founded the all-girl experimental punk band Fetus Fatale.

Alice Glass was first noticed by Ethan Kath after one of her band’s shows in 2003, and they started working together. As Crystal Castles, the duo collaborated on a project that would eventually become Alice Practice, a single released by the band in 2006.

The 33-year-old made her solo debut in 2015 with the song Stillbirth, which was intended to raise awareness against abuse. Moreover, she donated all proceeds from the song’s revenue to abuse victims, and she was also a part of the anti-assault group RAINN.

Also during that year, Glass embarked on the SnowBlood Tour with American singer Zola Jesus and electronic musician Pictureplane. A song called I Trusted You was included in Adam Swim’s singles series in December 2018.

Suffer and Swallow, the singer’s first single from her long-awaited debut album, was released in January 2021. Prey//IV will be released in 2022, according to Glass’ announcement in November 2021.