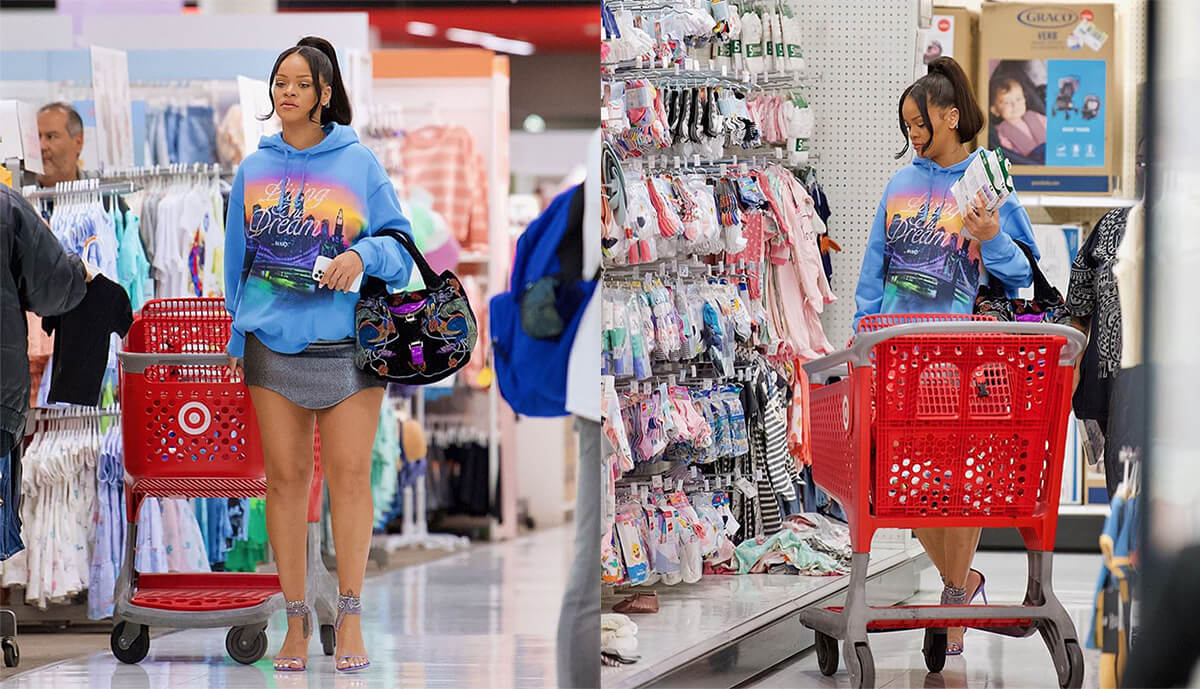 Fans believe Rihanna is expecting a girl after she purchased an orange ruffled baby outfit at Target in Los Angeles. Rihanna’s pregnancy has been a big subject for a while. And it appears that the pop star is expecting a girl. Since she was caught shopping for baby girl clothing in Los Angeles. Rihanna can be seen buying an orange ruffled baby frock from Target. The now-viral photos, lead admirers to speculate she is having a girl.

The mother-to-be also checked out many socks and onesies

Rihanna made headlines on January 31, 2022, when she announced her pregnancy. While on a romantic stroll in New York with boyfriend A$AP Rocky. The 33-year-old entrepreneur of Fenty Beauty joyfully posed with her baby bulge. Since then, fans have been eagerly anticipating the singer’s arrival.

The Cat & Jack dress, which retails for $18, was the item that drew the singer’s eye, according to Target. During her visit to the store, the soon-to-be mother looked at a lot of socks and onesies. Rihanna looked stunning while shopping in a blue hoodie. “living the dream” on it and a sparkly silver little skirt.

She’s given a big hint about her baby’s sex

Even as Rihanna fans await her arrival. Many are also eager for her to disclose the baby’s gender. Many believe the pop diva has provided a significant hint about the gender of her baby in her Target photos. This isn’t the first time that people have guessed the baby’s gender. After supermodel in February, fans hypothesised that Rihanna was expecting twins. Which Gigi Hadid confirmed “Three angels,” Rihanna said on her pregnancy announcement. Later clarifying, “I just caught news of this uproar.

can’t believe I get to witness rihanna having a baby girl, imagine if she gets rih’s cupid’s bow 🥺🥺🥺🥺🥺🥺