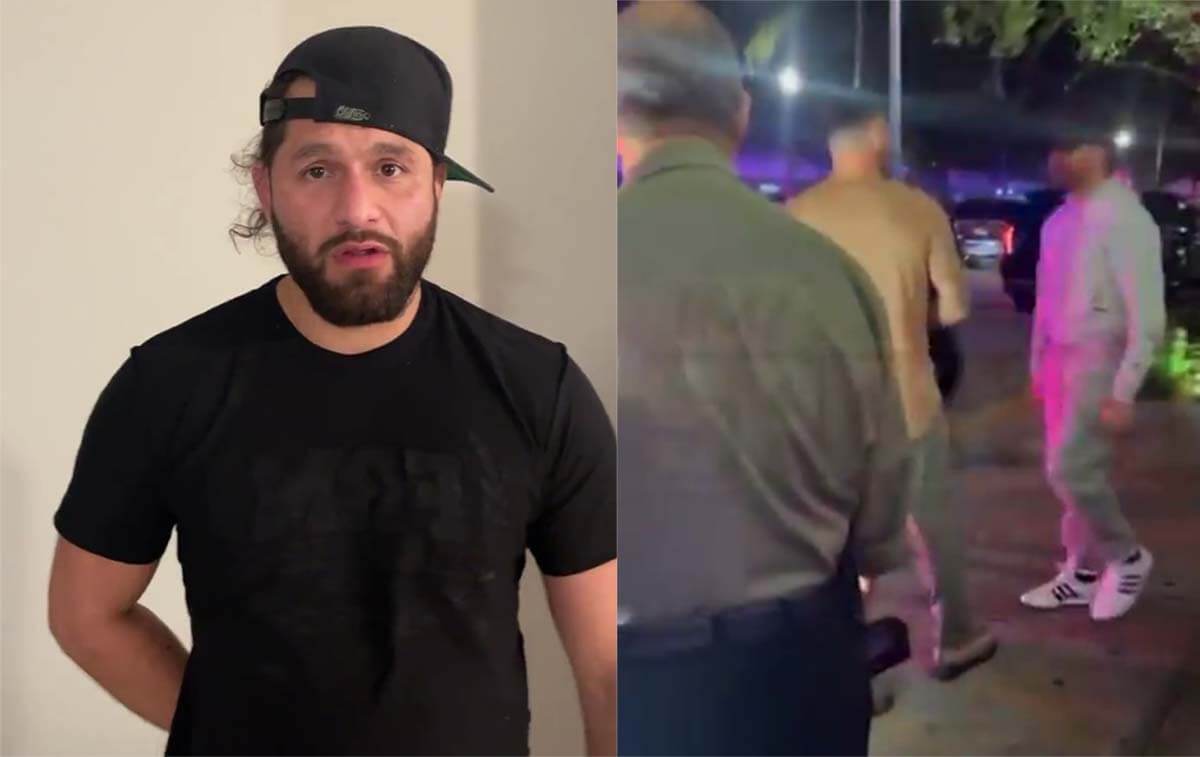 The latest video surfacing on the internet shows Colby Covington all around with cops when the news of the Covington & Masvidal’s fight broke out. The video has certainly gone viral on the internet and here we have all the updates on why and how the fight between Masvidal & Covington invited cops to the scene.

Read ahead to know more about Colby Covington’s video surfacing on the internet with cops around him.

Colby Covington went for dinner with the Nelk Boys

It was at the Papi Steak, Miami Beach where the Nelk Boys & Colby Convington had gone for dinner. While Nelk boys also shared the video of Colby from the restaurant, it was Masvidal who came uninvited.

The news later after the dinner came out as Masvidal had a fight with Colby Convington at the Papi Steak, Miami Beach. It was reported that while Colby came out of the restaurant, he was attacked by Masvidal and it became viral.

Viral video on the internet shows Colby surrounded by cops

The viral video surfacing on the internet was shot after Colby & Masvidal had a fight. The cops must have been called at the scene when things went out of control. Meanwhile, the video shows Colby standing surrounded by cops at the scene.

Also, he can be heard saying “He’s over here swinging, trying to come at me, and I ran…”. Colby was even heard asking the Nelk boys member Bob Menery “How did Masvidal know I’m here?”. In response to this Menery said “I don’t know”, “You’re all over the internet”.

a video of colby covington surrounded by cops after the alleged fight with jorge masvidal pic.twitter.com/jIe2Fy0q3c

Both UFC welterweight icons used to be close ones of each other long back. However, things turned bitter between the duo and it still continues. While they both fought at the UFC 272 on March 5th, it was Colby who won against Masvidal. Meanwhile, after the fight at the Papi Steak, Miami Beach, Masvidal has already posted a video challenging someone.

And it seems like he is challenging none other but Colby Convington only. However, it would be interesting to see if the duo’s fight and beef with one another ever end or not. Not to miss, the cops who were at the scene of the fight haven’t spoken anything about the fight of the UFC icons at the Papi Steak, Miami Beach.

Never had a problem with @GamebredFighter
Extremely disappointed in the way he decided to handle his ongoing “beef” that has already been decided in a regulated platform. @ufc https://t.co/5HgooNWfAD